Hoo, boy, hope I have enough skillz to actually get a video up here!

Windy Windy Windy-crazy winds the last two days here in Mid-Michigan. This, along with very cool temps, makes even the most laid-back thoroughbred feel real nice and lose his mind a bit. Fortunately for me, his mind took leave for only about 20 minutes yesterday (when I free lunged him in the outdoor arena-yeah, lemme say I won't be doing that again when he's feeling his oats. I was seriously concerned he was going to jump the damn fence!). He was 100% awesome today, however, and I managed to get some pictures and video lunging before my Droid camera decided to die on me (not cool). So, as promised and without further ado, feast your eyes on my feasting beefcake. 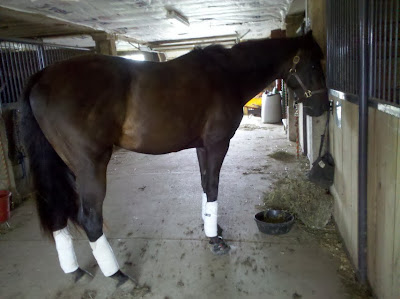 I made him look up from his hay, hence the less than pleased expression. Still, lookit that butt! That topline! Swoon...

Alas, work he must. I apologize in advance for the pictures and video-'tis very hard to operate tiny technology while a large beast is on the other end of a line and you are trying to be both a good leader and lunger and the next Martin Scorsese. 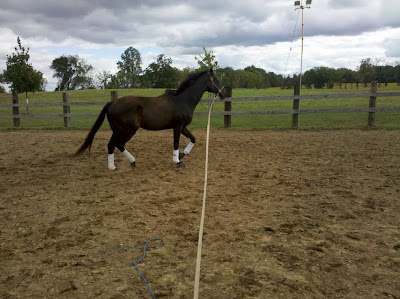 Ick, with the high-headed trot. Still at least he is semi-centered. You have no idea how many pictures I took with just a butt or a head in the frame. 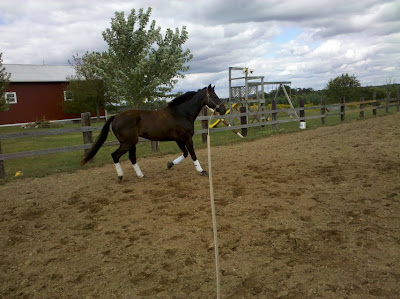 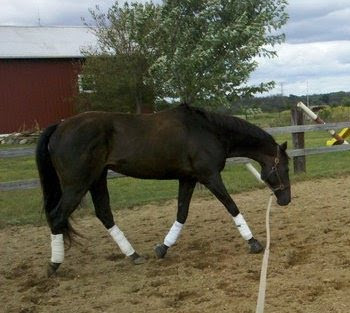 Yay for the stretchy trot! Could be more forward, but I'll take it.
Next of course, is canter work, though I admit I often warm him up in the beginning with lots of canter work thrown in. It's his favorite gait. I think he looks pretty good in these pictures and certainly he's happiest at the canter most days. 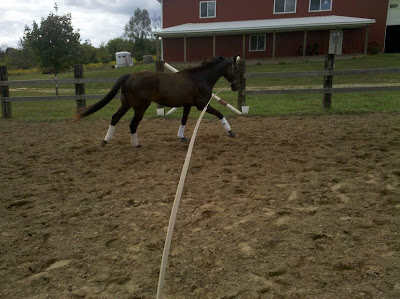 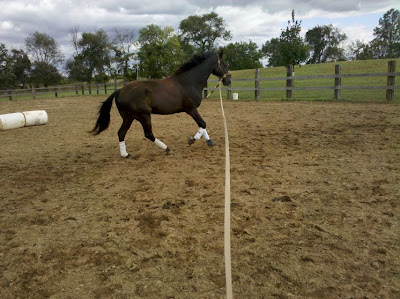 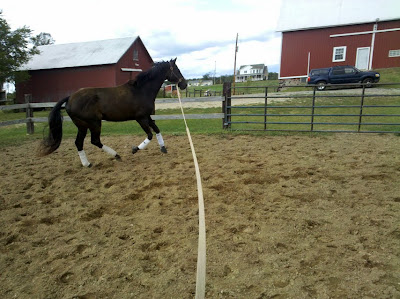 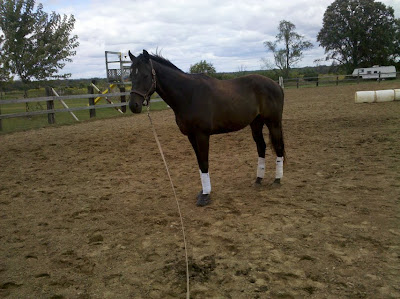 Here's the video. Please ignore my ridiculous voice and forgive my confusing cues-I really do know how to lunge a horse, but I was sans whip and looking at my teeny tiny Droid screen to capture the experience. Mostly, until the end, I just wanted him to go forward, no matter the gait. Hence the constant clucking and kissing. Still, I think it could have turned out worse...enjoy! Have a wonderful Labor Day weekend everyone~