Bravo for a splendid outdoor ride in the fields on a beautiful, perfect Michigan summer afternoon. 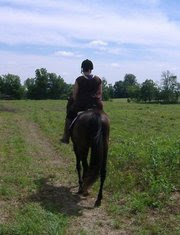 Huzzah for brave little toaster OTTBs, who march forward and confidently on trails he's never seen before, even when we start the ride at the trail head he's always been at the least very wary of, and at the worst terrified of when horses and riders have emerged from said trail head. 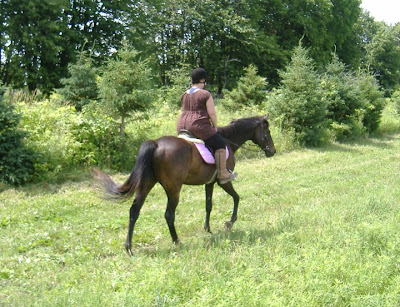 Big ups for this same horse who never once spooked or acted silly today. HUGE "Good Boys!" for walking literally right next to a controlled brush fire on the way home and marching through all that smoke and ash. He was concerned, but he listened to me and never hesitated. 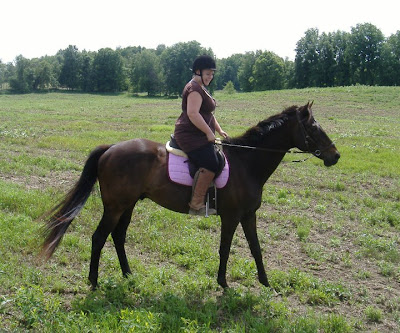 Many big "Ha ha!"s when same brave boy was turned around in a circle so the mares we were with could catch up (man can this horse march forward)...I think this is the picture when he stopped mid circle-we were just a little ways from the barn, and it was like he was saying, "I don't WANNA go back home, let's keep going!". How can you not love this horse? He's also got a SQUIRREL!! vibe going here, but I assure you he never once felt tense or looky. Because, you know, he's awesome like that. 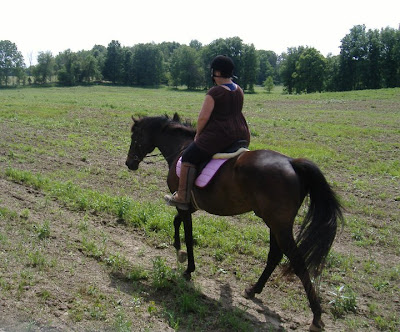 Many hugs and sugar cubes for a horse that is this relaxed on his 3rd (and longest) trail ride. What a pleasure he is to own, and to ride. I know, I know, more rainbows and unicorn farts about my horse. He really was that special today, though.

Finally, thank you so much to Amanda for taking these pictures to prove I have an OTTB trail extraordinaire, and for accompanying us with her 2 lovely mares Lady and Cody. What a splendid afternoon, and a PERFECT first official summer ride. She's good (not to mention sneaky!) with a camera, that one:) 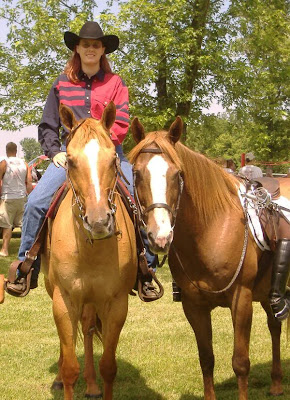 Thanks ladies...all three of you.
Posted by Sarah at 8:16 PM